Monday, December 3, 2018. On that date, Paris will be staged for awarding the Ballon d’Or 2018. For the first time, after years of uncontested rule, the award-winning Lionel Messi and Cristiano Ronaldo will not be on the podium. In addition, we will have a totally new finale composed by Luka Modric, Kylian Mbappe and Raphael Varane.

The Real Madrid defender has been at the centre of a discussion for his participation in the final act because, according to many, he had “stolen” the place from some much more deserving football player. In fact, in the past, it happened more than once that a player obtained the prize of Ballon d’Or among general criticism from those deserve it more. We have collected 5 of them and staged them to refresh your memory. 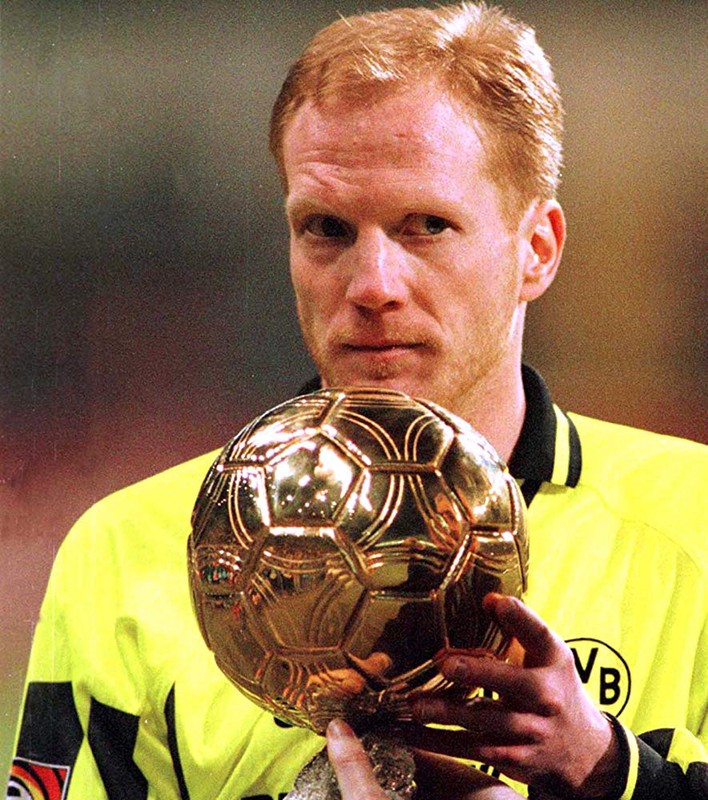 The Golden Ball was handed over to a defender came in 1996, when Borussia Dortmund’s Matthias Sammer won the award. The recognition triggered a lot of controversy in Italy because of the fourth-place finish of Alessandro Del Piero, winner of the Champions League and Intercontinental Cup that year, where he was the undisputed hero. And then Sammer had won the European Championship but was not considered one of the best defenders in the world, yet he climbed on the top step of the podium for only 3 votes more than a young Ronaldo, the Phenomenon, and Alan Shearer, the English flag of Newcastle United.

Back in 2003, the name taken out of the winner’s envelope was Pavel Nedved. The Czech played an excellent Champions League, although not played the final because of the controversy in the semifinal match against Real Madrid, leaving the victory to Milan. Two Rossoneri reached the threshold of victory, Paolo Maldini, winner of the fourth Champions League of his career, came third, while Andry Shevchenko only came fourth. The second place, in fact, was assigned to a certain Thierry Henry. The Frenchman scored 42 goals and 26 assists in the whole calendar year, numbers impressed before the arrival of Messi and Ronaldo.

The defender finished in front of his team-mate Gianluigi Buffon, author of a virtually perfect World Cup without suffering even a network of action in the 7 matches of the competition. Third for the award, however, came Thierry Henry, the French tightrope walker who took Arsenal one step away from the Champions League victory and lost the Berlin final due to the naive mistakes of Zidane before, with his famous header, and Trezeguet then, stopped by the crossbar in the shot from the penalty spot.

Winning a major competition is one of the main motivations for obtaining the Ballon d’Or award. This explains the general dismay about the victory of Lionel Messi in 2010. The Argentine preceded his teammates Iniesta and Xavi , who excelled with the Spain the World Cup in South Africa, in which Don Andres even scored the decisive goal in the final  In Italy, however, the controversy was raised by the Inter people, wounded in the soul for not having seen reward for one of its players in Triplet. Wesley Sneider came fourth, despite being one of the finalists of the 2010 World Cup. And Diego Milito did not even finish among the first 23 of the list of candidates for the award.

The Portuguese took the Golden Ball on the face of Lionel Messi. Few points of difference to precede the Argentine were enough to get his second personal recognition. The discussion, however, was fueled anyway, as the prize could be awarded to Frank Ribery, Bayern Munich’s main man in the 2012-2013 Champions League victory. The Frenchman came only third, putting an end to the possibility of snatching the Ballon d’Or from the Messi-Ronaldo monopoly for the last few years.