However, there are plenty of all-time great scorers of the game who have never won soccer’s most coveted prize. There are some amazing football players, the greatest scorers of football, who could never win the World Cup trophy and while this doesn’t mean they aren’t legends, it does leave us with a strong feeling of what it ‘could have been’. Here is a list of 5 such players. 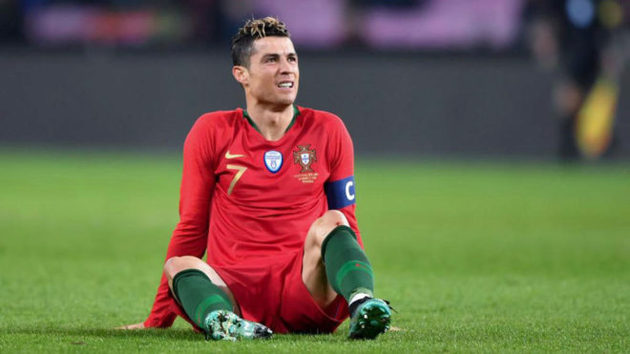 One of the greatest scorers of football, Cristiano Ronaldo has won the UEFA Euro Cup with Portugal in 2016, three Premier League titles, two La Liga titles, the Champions League five times, and the Ballon d’Or five times. One of the most decorated players in the game’s history is missing one major accomplishment, that is, the World Cup. He will be 37 by the time Qatar World Cup is played and it seems unlikely that he will participate in the tournament, even if Portugal qualifies.

Lionel Messi’s Argentina were beaten 4-3 by France in the last 16 in 2018 World Cup, and having prematurely retired from international football in 2016, this is likely to be the 31-year-old’s last World Cup appearance. The closest he came to lifting the World Cup came in 2014, an extra-time defeat by Germany in Brazil. If our worst fears turn out to be true, Lionel Messi will not be playing the next World Cup and hence it will be the trophy that ‘the best player to play the game’, would never be able to lay his hands on.

Losing the World Cup final to West Germany with the Hungary team in 1954 was one of Ferenc Puskas’ most disappointing moments in his professional soccer career. Playing until he was 39, the top-level player scored 514 club goals within 530 appearances. Regarded to be one of the greatest of all time, Puskas career as a forward was one of the most memorable ones to date. During the 1954 World Cup, he was named the best player of the tournament without winning the Cup, which is still regarded to be one of the biggest World Cup upsets. Plus, he won three out of the five European Cups he attended in eight years, as well as five straight La Liga titles.

Eusebio played in one World Cup, but made his mark, scoring a tournament-high nine goals and leading Portugal to a third-place finish in 1966. The Mozambican-born Portuguese forward scored an unbelievable 423 goals in 431 appearances at club level and another 41 for the Portuguese national team. Most known for his technique, speed, and spot-on shot, Eusebio was an incredible goal scorer and a groundbreaking athlete. Nicknamed Black Panther, Eusebio is still Portugal’s most renowned player.

Zlatan played his football for the European giants like Ajax, Juventus, Inter, Barcelona, A.C. Milan, PSG and Manchester United. One of the prolific scorers in the history of the game, Ibrahimovic also has netted 62 goals for his native Sweden, but unfortunately, there was never enough talent around him to make winning a World Cup a possibility. With Ibrahimovic, Sweden did not qualify for the World Cup in 2010 and 2014 and it’s only strange that without him, they have reached the quarterfinal this time. He participated in the 2002 and 2006 World Cup, as well, but the team could only make it to the round of 16, both the times.